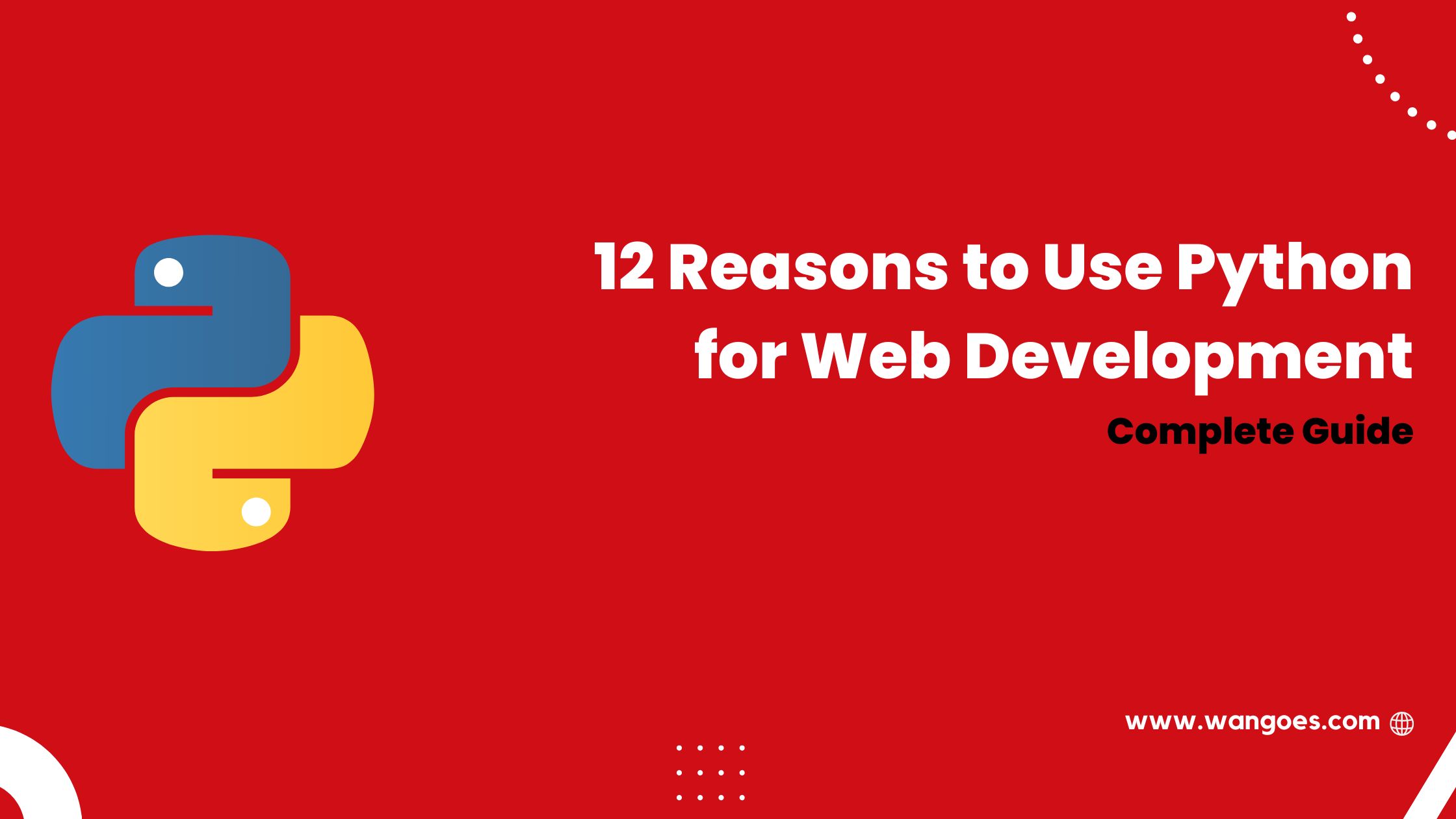 There is no doubt that Python has emerged as a dominant and powerful programming language. As per some studies, Python has ranked at the top of the best coding language list for the past 4 to 5 years.

Compared with other programming languages, like PHP, C++, and Java, you will find a lot of reasons to choose Python for web development projects.

In fact, well-known companies like Google, NASA and Netflix, and more are also using this language for web development. Besides, more than 85 percent of developers around the globe are using Python.

Keep reading to understand why to choose Python for web development.

Python is a free, open-source, dynamic, interpreted, and high-level programming language. It supports procedural as well as subject-oriented programming.

As it has dynamic binding and dynamic typing features, this is an effective language for an error-free rapid application development process.

One can use this in different domains like data science, AI, machine learning, web applications, testing, mobile apps, big data applications, automation, and more. Some of the important features of this language are:

Now, let’s discuss why you should choose Python for your next web development project.

It Is a Programing Language with Multiple Usages

While supporting multiple functionalities, Python can operate in different ways. Using this, web developers can effortlessly create software or web apps by deploying some easy methods. This is an open-source platform and free to use. On the other hand, it also provides the developers with platform independence. That means a single code can run smoothly on different platforms, like Mac OS, Linux, etc. You can use Python programming in different ways.

As this platform is very easy to use, developers can now write reliable systems, and using this; they can easily work on various complex algorithms.

Python is being utilized to develop powerful and efficient desktop applications by small to large companies. Some of the popular tools are Kivy, PyGUI, and Thinker.

Python has made the process of web development very easier than before and provides developers with useful frameworks. Some tools that you can use are Flask, Django, and more.

For effective and faster analysis of malware or other virus attacks, most developers are now utilizing secure tools made using Python to detect and avoid cyberattacks, such as Pandas, NumPy, and more.

It Can Be Integrated with Various Language

Created around 30 years ago, Python has a mature and skilled community to offer support to developers from expert to beginner levels. Besides, you can also find a lot of guides, tutorials as well as documentation related to Python, using which you can enhance your skills. It has been seen that if a programming language doesn’t have proper documentation or developer support, it doesn’t grow. However, in the case of Python, the thing is different. In fact, the Python community is an active and skilled programming language community. That means whenever developers face any problem, they can get instant support.

Developers Can Use Hundreds of Python Frameworks and Libraries

You can use Matplotlib, SciPy, Pandas, and NumPy for efficient data gathering, analysis, model generation, refinement, visualization, and more. Besides, there are also some machine learning libraries that developers can use to create modes, like PyTorch and TensorFlow. You can use BeautifulSoup for XML and HTML. On the other hand, Django is a perfect framework for web development. So, the options are. This programming language has 300,000+ modules.

If you are still wondering why to choose Python for web development, then this is another important reason to consider. Well, attaining smooth database connectivity with Python is very simple. Furthermore, implementation and accessing can also be done easily on popular databases, like PostgreSQL, MySQL, Oracle, and more. Developers can use them just by using their respective APIs. In general, database connectivity using Python includes five important steps, these are; import a module, establish a connection, create an object, initiate a query, and then terminate the object.

It is fact that the demand for visual content is increasing at a higher rate. Well, this is another solid reason to choose Python for web development. Different from other programming languages, Python is quite famous among developers for its stunning visualization. Using this, it will be easier for you to present the data in attractive visuals utilizing various plots and charts. In general, developers use the Matplotlib library of Python to create easy-to-understand content. If you want to make communication effective without making it look complex, then give Python programing language a try.

Application coding and testing could not be easier and faster with Python as it offers a basic and nimble linguistic structure. Besides, it has hundreds of libraries of pre-written code. On the other hand, its easy integration with other programming languages can offer developers various extensions to create a robust application.

It is also quite helpful for programming or app testing, as well as API. Python development can create an API demand and can bring all the important information quickly using its open libraries. Well, this programming language supports multiple testing structures, providing web developers with different options to choose from.

The Language is Developer Friendly

Python programming language is admittance to sentence structure, choices as well as comprehensible boundaries with maximum levels of versatility. This is a crucial reason why Python is considered compelling, effective, and efficient for web application development and coding. The syntax you will find with Python looks like the English language and makes it very easier to understand and code the programming language. Due to the language’s friendliness and simplicity, most web developers choose Python for web development instead of PHP.

It Is Highly Secure

Well, stable and experienced technologies can be very exhausting, but they work perfectly. An experienced Python developer understands the ins and outs of this powerful programming language. There is no need to waste your time and get creative with different programming languages, as now a web designer can detect a common issue and fix it. If you want your web or mobile app to be highly secured, then opting for Python will be an excellent option. Python is widely used to manage a lot of data, and a senior web developer can easily develop an application integrating robust security features using Python.

While searching for any tools, software programs, or programming languages, web developers generally want to use something of high quality at a reasonable price. Well, you will not want to spend a lot of money on a low-functionality app. Here Python can meet your requirements. It is very cost-effective.

As Python is an open-source coding language, a developer doesn’t need to pay a licensing fee to use this. In an affordable package, it provides the developers with different web development tools, frameworks, and libraries that can greatly lower the cost and time of a web development process.

You Can Use It to Learn Other Coding Languages

As mentioned above, Python is simple to understand and use. Even though you are a beginner and don’t have sufficient coding knowledge, you can get started with this just by going through the video tutorials available on YouTube. Once you understand this, you can try to cover other coding languages, like C++, Ruby, JavaScript, and Perl. So, Python helps developers to learn complex codes.

If you want to add the power of artificial Intelligence and Machine Learning into the web app, then use Python. It is quite popular for its ML and AI capability. In fact, it comes with multiple ML packages that will make your web development process smoother and easier.

Well, this is not all. When you give it a try, you will find some more reasons to utilize Python for web development. It comes with many valuable structures as well as frameworks. Besides, the language is completely free from any harm and allows you to develop and test your web application faster. So, don’t think much and choose Python if you want to create a powerful and feature-rich web app for your business.

Get Estimate Of Your Project